"Everything has its own beauty, but not everybody is able to see it"
Confucius
Вернуться к началу 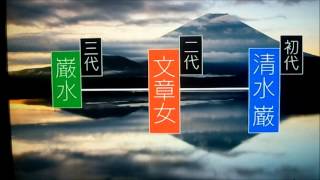 "Mr. Tsubaki is seen in this short video taken from a Japanese antiques show (probably similar to the Antiques Roadshow on BBC). Mr. Tsubaki is from an old merchant family in Tsuwano, Shimane, and his ancestors were presented with this Gansui boar tusk by the/a local Lord of Tsuwano in 1853. Mr. Tsubaki lives in the traditional wooden house seen in the video, and serves tea for guests who visit the property which is now a museum.
Mt Tsubaki intended to sell the netsuke in order to raise funds to renovate the house, hence his appearance on the TV show to receive a valuation of the piece. Mr. Tsubaki, though, was advised by the resident expert not to sell, but rather keep it as the Tsubaki Family Treasure (which Mr. Tsubaki apparently agreed to do, although I have no data as to what actually happened after the TV show.)"
眠り猫
Вернуться к началу

)
"Everything has its own beauty, but not everybody is able to see it"
Confucius
Вернуться к началу

У вас нет необходимых прав для просмотра вложений в этом сообщении.
"Everything has its own beauty, but not everybody is able to see it"
Confucius
Вернуться к началу